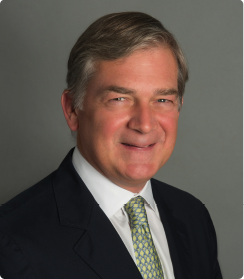 Brian K. Foster is the CEO of BioIncept. Under Mr. Foster’s leadership, BioIncept completed the transition and evolution towards commercially oriented product development, leveraging the founders’ ground-breaking science into therapeutics and diagnostics that meet well selected criteria. Mr. Foster continues expanding the company’s strong relations and collaborations with leading clinical researchers who target commercial outcomes with BioIncept’s product candidates, and is driving BioIncept’s advancement of potential breakthroughs in high value target markets.
A 32-year veteran of JP Morgan, before joining BioIncept Mr. Foster most recently served as Vice Chairman of JP Morgan’s Private Bank. He has advised many small and mid-sized companies on strategy and finance. In 2012, Mr. Foster was recognized by Barrons as the Top Private Banker and a top 100 investment advisor on several occasions. He holds an MBA in Finance from Columbia University Business School, graduating with Beta Sigma Gamma honors and a BS in Information Systems Management from the University of Maryland. Mr. Foster is a member of Golden Seeds and an active private investor in life science and technology start-ups. 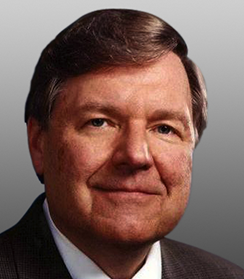 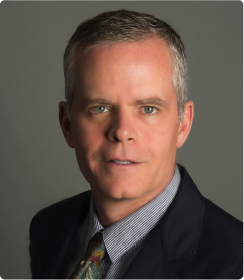 David R. Duncan became a Board Observer with the BioIncept Board in 2014. Mr. Duncan brings a strong background in financial management and strategic growth planning, and serves as a director for a number of banking and life sciences companies. Mr. Duncan is the President and CEO of Silver Oak Cellars and Managing Partner of Twomey Cellars, a family wine business founded by his father. Mr. Duncan also actively serves on the boards of First Western Trust Bank in Denver, Colorado; Just Right Surgical, also in Colorado; the Saint Helena Hospital Foundation Board; and currently serves as the Chairman of the Napa Valley Vintners Board. He is a member and Past Chairman of the Northern California Chapter of the Young Presidents Organization. Mr. Duncan graduated from University of Notre Dame in 1988, and earned his MBA, Finance from the University of Denver in 1994.

Dr. Eytan R. Barnea discovered the PreImplantation Factor (PIF) and is an advisor to the company as well as board member. Dr. Barnea leads a prestigious, interdisciplinary circle of collaborators from world-renowned universities and centers of excellence that lend their expertise and support into understanding PIF’s uniquely beneficial features and translate the science to its intended potential global reach.

Dr. Barnea is an internationally recognized authority on early pregnancy investigation. He has authored over 180 peer-reviewed scientific publications and book chapters and edited four specialty textbooks. In 1990 he founded the Society for the Investigation of Early Pregnancy (SIEP), an interdisciplinary, non-profit panel of scientists and clinicians, to explore this emerging medical field which holds such deep clinical implications. As SIEP Chairman, Dr. Barnea has convened five World Conference(s) on Early Pregnancy Investigation.

Among his awards and recognitions, Dr. Barnea received the Elkeles Prize ‘Scientist of the Year in Medicine’ in 1989 from the Israel Health Ministry/Jewish National Fund, and in 2012 he was awarded the Bratanov Medal and Prize of the International Society for Immunology of Reproduction (ISIR) for his contribution to the development of Immunology.

* Fellow of The American Congress of Obstetricians and Gynecologists 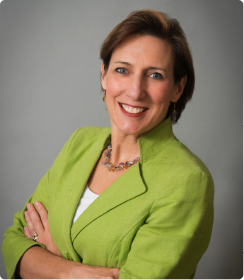 Ms. Corelli joined the BioIncept Board of Directors in October 2014. Having represented BioIncept at the law firm of Pepper Hamilton, LLP for more than 15 years, Ms. Corelli brings a deep knowledge of the company’s history and mission and a broad array of corporate governance and transactional experience. She has been a partner at Pepper for more than 20 years, with a practice focusing on counseling investment funds on formation, regulation and operations, as well as business and transactions counseling to family offices and life science companies. Ms. Corelli served for 12 years on Pepper’s governing body and is currently the co -Chair of Pepper’s Commercial Department. Ms. Corelli has a BA from Yale in American History and a JD from Villanova University School Of Law and an LLM in taxation from Villanova’s Graduate Tax Program. Ms. Corelli serves on the BioIncept Board of Directors Compensation Committee.

George W. (Woody) Frank, Jr., was elected to the BioIncept Board of Directors in 2007, bringing a wide range of experience in finance, investment and equity markets. Mr. Frank worked for 21 years at Merrill Lynch & Co., and then joined Smith Barney and its succeeding firms, retiring from CitiGroup in 2001. At CitiGroup, Mr. Frank served as Head of the Equity Syndicate Department, Co-Head of Global Equity Capital Markets and Head of Global Equity Institutional Sales. He served for 10 years on the firm’s Investment Banking Commitment Committee. Mr. Frank participated in the review of all public, private and joint venture transactions for their acceptability prior to the firm’s participation. Mr. Frank graduated from the University of North Carolina in 1965 with a degree in Economics and Political Science. Mr. Frank serves on the BioIncept Board of Directors Compensation Committee.

Barton O’Brien has been associated with BioIncept since February 2010 and joined the BioIncept Board of Directors in 2012. He has more than 30 years of experience in startup high-tech companies and brings to the Board a broad expertise in startup financing, company organization, and sales and marketing processes. After graduating from the University of Florida, BS/BA (honors), he then earned a Master of Science in Industrial Administration at Carnegie Mellon Graduate School of Industrial Administration. Mr. O’Brien was a co-founder of two successful software companies which reached more than $1.5 billion in market capitalization and has served as an executive for several other firms. Mr. O’Brien serves on the Carnegie Mellon Tepper Business School Alumni Board and is Chairman of the O’Brien Clan Foundation. 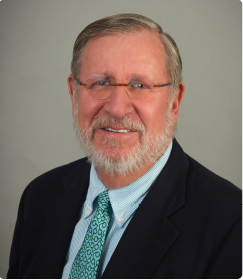 Dennis Spink joined the BioIncept Board of Directors in 2010 after serving as an advisor since 2006. As a 44-year veteran of Wall Street, focusing on the debt capital markets, Mr. Spink brings a broad range of financial experience and management to the Board. Prior to joining BioIncept, he served as a managing director at a number of firms including L.F. Rothschild and Wachovia Securities and was an Executive Director at Oppenheimer & Co. Mr. Spink received his BA in Biology from Adelphi University and is a published co-author in the Journal of Oncology.